31 October marks the Equal Pay Day, the day from which women effectively work for free until the end of the year compared to their male counterparts. The gender pay gap currently stands at 16,2% in the European Union, exceeding 20% in countries like Estonia and Czech Republic. This adds to the gender inequalities women face across their life-cycle and affects each one of them differently, depending on their race, ethnicity, migratory status, disability, level of education, location and other social or personal circumstances.

European Women’s Lobby and University Women of Europe are calling for increased efforts to end the gender pay gap. Even though the principle of equal pay for equal work was enshrined in the 1957 founding Treaty of the EU, European women continue to face discrimination in the job market and to earn less than men.

In addition, because women are paid less, they contribute less to their pensions and this translates into a wide pension gap and higher risk of poverty for older women. Their pension income is negatively influenced both by the gender pay gap and by the time spent out of the labor-market to care for children and other dependent family members, together with women’s over representation in part-time work and in low paid sectors of the economy.

To effectively tackle the gender pay gap, it is necessary to address its multiple and complex root causes, starting from the lack of high quality, accessible and affordable care services. As we have seen, women are penalized throughout their lives for the things they do to keep society functioning, that is care responsibilities. There are a number of important mechanisms already in place or in the pipe-line at the EU-level to lift this weight from women’s shoulders, and the EU Institutions need to demonstrate political will in putting them to use without delay.

One such measure is the so-called “Work-life Balance Directive”, for which the Council agreed its negotiating position (general approach) in June. The Proposal entails the strengthening of parental leave by making the 2 months period non-transferable, the introduction of a carers’ leave and the extension of flexible working arrangement for carers. While the scope of these measures has been sensibly reduced in comparison with the original Commission’s proposal, their adoption would enable women to retain their economic independence while having children and to return swiftly to payed work.

Therefore, we call for a swift adoption of the Proposal for a Directive on Work-Life Balance, followed by enforcement and monitoring. While it is not a magic wand, we believe that this would be a first step towards closing the gender pay gap and ensuring a more equal society for everybody.

The gender pay gap in the EU

EIGE’s gender equality factsheets based on the results of EIGE’s Gender Equality Index 2017.

Is it the culture? Is it men? Or is it women, afraid to ask for what they’re worth? The reality is that it’s a messy combination of all these things. But only one of them can be changed quickly: how women feel about themselves and their value.

The BBC is facing a backlash from female stars over pay after revealing that only a third of its 96 top earners are women and the top seven are all men. 20 wealthy women at the BBC are paid the same as 40 wealthy men. It’s about the millions of women elsewhere who feel uncomfortable about saying: “Can I have a 20% pay rise this year?” This is the internalised pay gap, and it’s everywhere. Or at least anywhere where women in well-paid jobs feel able to have a say. Let’s not even get started on the low-skilled and low-paid who never get the opportunity to negotiate their own pay.

Philip Hampton, co-chair of a government-commissioned review into the number of women in senior business roles, was reviled last week for saying that the BBC women on the best-paid list “let it [the pay gap] happen because they weren’t doing much about it”. During his career in the City, he said, “lots of men have trooped into my office saying they are underpaid, but no woman has ever done that”. Woman’s Hour presenter Jane Garvey hit back, saying he was “peculiarly out of touch”.

Privately, many women will admit their internal barriers are a problem. And they’ve had enough. In fact there’s an intriguing trend running alongside the BBC pay story. Rapidly gaining momentum over the past 12 months, a new branch of self-help has emerged that calls itself “money mindset mentoring”. It’s aimed at women and is an American trend – of course – but it has an international audience. The term “money mindset” has over 33m results on Google and rising.

This idea is championed by Jen Sincero, author of You Are a Badass at Making Money (yes, this is a real book title), Marie Forleo (“Oprah for the next generation”) and Australia’s Denise Duffield-Thomas (motto: “Get rich, lucky bitch”). I interviewed Sincero recently at an event where the nearly all-female audience was hanging on to her every word. Her books are New York Times bestsellers and have been translated into over 20 languages. Wasn’t she duping women, I asked, by telling them, for example, that they just needed to trust “the law of attraction”? (This is the self-help idea that if you ask the universe nicely for something, it will give it to you.) She slapped me down. This isn’t about wishing on a star, she said, this is about making concrete plans and naming what you want.

Clearly some of these coaches have indeed figured out how to get rich: by getting you to buy their books and courses. But others do seem on a genuine mission. Duffield-Thomas, who has just launched a new online “money bootcamp” for women, quotes a 2016 American Express report about the United States, where 38% of businesses are owned by women: “Women-owned businesses account for 4% of the nation’s revenues, a figure that has not changed in the past 20 years.” Her mission is to change this by helping women to bust through their “money blocks” (“I don’t deserve this”, “I can’t ask for too much”, “I’ll only sabotage myself”).

Such advice, even if it is couched in psychobabble, could be the necessary corrective. Some of these gurus are addressing in simple language what most of us are afraid to admit: a lot of women have subconscious prejudices about what they are entitled to ask for.

In my first job in journalism 20 years ago, I found out a male colleague with similar responsibilities to mine was being paid almost double my salary. “We pay enough to keep you in shoes, don’t we?” was my editor’s response. It was true. I had a lot of great shoes. Although at that particular moment I wished I had been coming in in a pair of old flip-flops. I secured a job offer from a place where I didn’t really want to work but would have gone if I’d had to. They matched the salary immediately.

Yes, yes, yes, I know. No one should have to do this. It should all just be fair and equal. And everyone should get a warm glass of milk before bedtime. But there’s a reason L’Oréal poured millions of advertising dollars into the slogan: “Because you’re worth it”. If most women already thought they were worth it, this wouldn’t need to be said.

Of course there are unconscious biases on both sides of the conversation about pay. One US study by researchers at Harvard and Carnegie Mellon University showed that women were seen as “tough and unlikable” in salary negotiations and judged accordingly. Men were not. If women are judged more harshly for asking for more money, the impact of this particular bias is obvious.

One fascinating aspect to the BBC story is that many of the women in question would not have been negotiating their own salaries. So did their agents (male or female) also internalise ideas about their clients’ worth? Gary Lineker’s agent said that the lower pay was the fault of “female agents” not asking for enough. Although he also said that he would “never buy a house off a woman” because they negotiate too hard. It seems we are all saddled with preconceptions about money and gender that will take years to unravel. 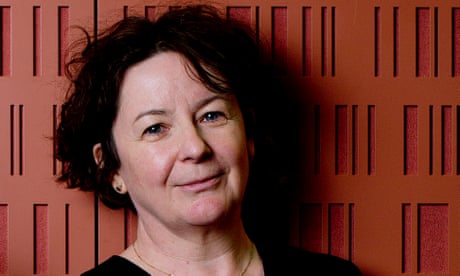 In the meantime, why not risk being disliked? Ask for what you’re worth. Be prepared to demonstrate it. Back it up with examples and counter-offers. There’s no harm in following advice from the likes of Mika Brzezinski, author of Knowing Your Value (and latterly the TV presenter better known for “bleeding from a face-lift”, according to Donald Trump): show your boss what you could do in six months and put a number on it. Don’t talk too much while you’re asking, let them take it in. Never say: “I’m sorry to ask” or “I have childcare issues”. (“No one cares about you and your issues.”)

Transparency and legislation are crucial, of course. And perhaps the playing field will begin to level in the UK when it becomes law – from April 2018 – for companies employing at least 250 workers to publish wage figures. But such measures are slow and will not solve everything. Meanwhile the pay gap will take as much busting from inside as from outside. The message from Sincero, badass money mentor woman, is this: “Uncover what’s holding you back from making money.” Certainly, the culture is. But women are the culture too. Change happens with repeated, individual micro-actions. Or at least that’s how it looks from where I’m standing, looking tough and unlikable in these jewel-encrusted flip-flops.